The last few posts were a fun peek into the day of a photo stylist. The photographer on this project (Marta Elena Vassilakis) and I worked hard this day to create multiple looks for one model in a short amount of time.

This shoot began with a wardrobe fitting, and a plan as to the hair and cosmetic looks for the outfits that were chosen. Most of the time it’s easier to start natural and work your way into more intense styling. This slightly bohemian look was styled with TIGI Root Boost. The product was placed from roots through the mid-lengths to create lift and texture. The hair was then dried using the fingers to lift the hair at the roots. Once the root area is dry, the rest of the hair was smoothed using only the hands to leave the hair with some unrefined yet delicate texture. The goal was to refrain from over-styling the hair. Because we started with product, it will be easy to keep the volume at the base.

The model we were working with has the most amazing skin with freckles. I didn’t want to cover them. Her cosmetics here were very clean.  I used TIGI Brow Sculpting Duo in brunette (only the powder), TIGI Eyes Love It mascara, and TIGI Decadent lip color in Bliss was softly dabbed onto the lips and cheeks to create a stain

For the second portion of this shoot, we started with a quick change of clothes…

…and a little pink added to the pout and cheeks. I also added a dust of rose shadow to her eyelid creases. This rose color is a great contrast to her eye color, which really make her eyes standout. 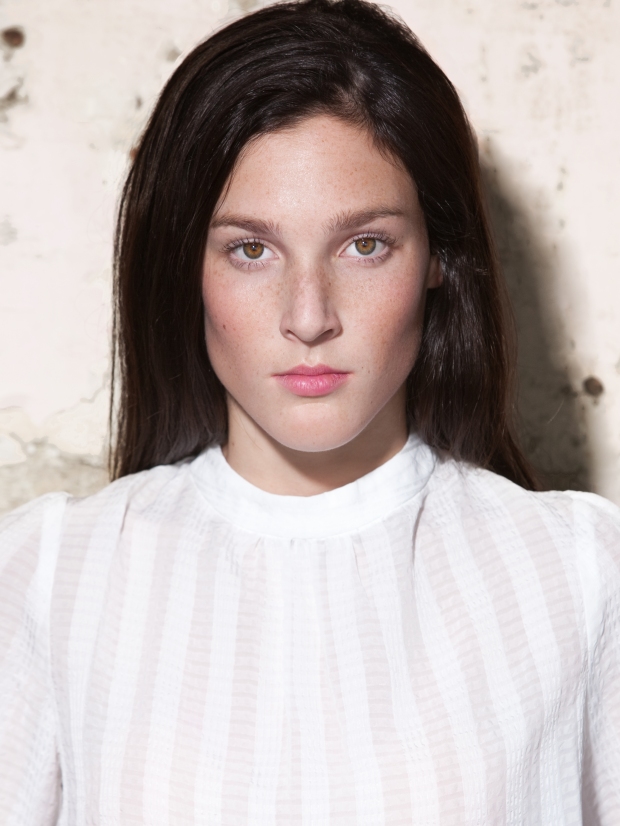 I used about a dime size amount of TIGI Up Front Pomade to tame her locks.

For this photo we moved the entire session to the studio, changed clothes again, and added not one but two hats… just for interest. The hair was swept back and banded into a low pony held at 45% so the hair would fall into a soft swag to frame her face. Oh yes, can’t forget the lip balm.

The last segment of this session was also done in studio.

The hair was sectioned in two with a large “V” shape at the fringe. Both sections were back brushed to the high heavens. The lower sides and back section was gathered into a low pony and banded low on the tail so it could be tucked under and pinned to create this faux bob. The top was then coiffed and formed into a pompadour, pinned and seamlessly molded into the bob.

There was a slight shift in cosmetics. I added Makeup Forever Uplight for a luminante dewy finish. The lip color was brought down to nude and glossed. The power in the makeup was all in the brows. The length and color were exaggerated. This small shift made a powerful statement for this 60’s inspired image. 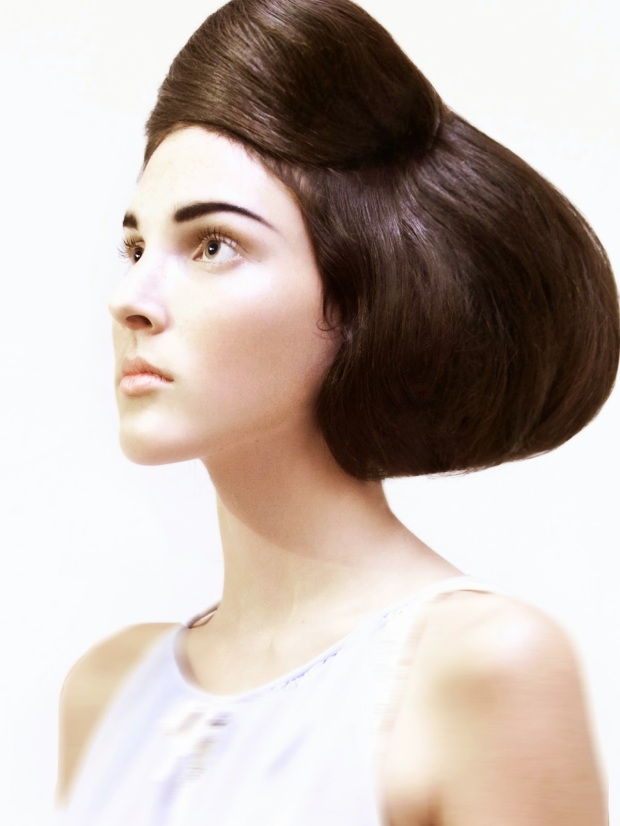 Read all of our Wedding Photography Reviews at